You can’t say we didn’t warn you.

We asked in an editorial published shortly before the November election whether the constitutional amendment on the ballot in Nevada and other states — known as Marsy’s Law and sold as a victim rights measure — could prevent the release of names of crime victims and crime reports that keep the public aware of public safety issues and how well justice is being delivered by our elected and appointed police, prosecutors and judges.

Marsy’s Law is being pushed nationwide by the wealthy family of Marsalee “Marsy” Nicholas, who was killed in 1983 by her ex-boyfriend. Family members were miffed when they walked into a grocery store and saw the ex-boyfriend, who had been released on bail without their knowledge. Whether bail would have been granted even if they were informed of the hearing is a matter of conjecture.

The Associated Press is now reporting that the police chief in Sebring, Fla., is refusing to release the names of some of the five women shot to death in a local bank. The chief noted that the Marsy’s Law amendment to the state constitution approved by voters in November allows relatives of crime victims to prevent the disclosure of information that could be used to locate or harass them or their families. 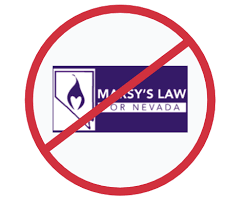 The AP account quotes Barbara Petersen of the Tallahassee-based First Amendment Foundation as asking the logical question, “How do we hold law enforcement accountable? Are we going to start having secret trials, crime victims testifying behind curtains?”

Then there is the absurdity of the perpetrator being a “victim” by virtue of being a protected family member. It’s happened twice in Florida already.

In Tallahassee, police refused to release the name of a person killed in an apparent DUI-related crash or the name of the driver because they reportedly were related.

In Pembroke Pines police refused to release the names of either a woman shot to death by her husband or the name of the husband who then committed suicide in front of police officers.

Furthermore, there have been cases in both South and North Dakota in which the names of police officers involved in shootings were concealed from the publicbecause they qualified as victims under Marsy’s Law and revealing their identities could be used to locate or harass them or their families. Such blanket secrecy could allow public officials to cover up mistakes, malfeasance or even corruption.

Could a corporation demand that its identity be kept secret after being the victim of theft or embezzlement due to lax precautions? This could leave customers and shareholders unaware.

Could a crime spree in a neighborhood go unreported because Marsy’s Law conceals the identity of victims and their proximate locations?

The ACLU of Nevada opposed Marsy’s Law, saying that granting victims constitutional rights equal to the accused undermines the Fourth, Fifth, Sixth, and Eighth Amendments, which are meant to limit the power of government. It “undermines the presumption of innocence by allowing victims to be involved in procedural processes prior to conviction,” the ACLU argued.

The “rights” created under Nevada’s version of Marsy’s Law include the right to refuse an interview or deposition request, unless under court order, and to set reasonable conditions on the conduct of any such interview. This directly interferes with the accused-but-not-yet-convicted person’s Sixth Amendment Right to effective assistance of an attorney.

Marsy’s Law also requires “victims” to be notified of any hearing or procedure. Because it defines a “victim” as any person directly and proximately harmed by the commission of a criminal offense, it is difficult to put a limit on how many people would have to be notified. The cost is incalculable. This could open the door to lengthy delays and added expense, harming the victims instead of helping.

Not only must justice be done; it must also be seen to be done. Marsy’s Law can block the public’s access to information needed to make sure public officials are actually carrying out their duties responsibly and effectively.

It will take three years to undo the threats to justice posed by Marsy’s Law because it is in the state Constitution. We call on our lawmakers to get the ball rolling.

A version of this editorial appeared this week in some of the Battle Born Media newspapers — The Ely Times, the Mesquite Local News, the Mineral County Independent-News, the Eureka Sentinel,  Sparks Tribune and the Lincoln County Record.